Idaho Knife Works In the News

Movie Knives In the News

You Bet! When the movie land prop shop needs a great prop for a big hit movie like The Reverant Mike get's to work and produces era knives of only the best quality and period match available.

Click on the image to check out Tom's Knife.

Now that The Revenant's epic adventure of survival and the extraordinary power of the human spirit has been told look at what is being said a little closer to home.
CDAPress.com posted a great article:
Couple's handcrafted knives featured in 'The Revenant'. 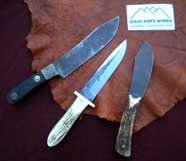 This photo of 2 blades are a special knife design for Tom Hardy. One knife was used to make a rubber double.

Check out the official trailer on YouTube: The Revenant 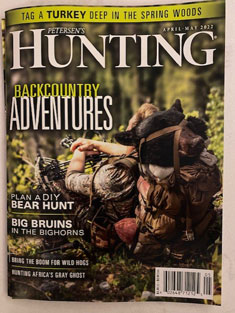 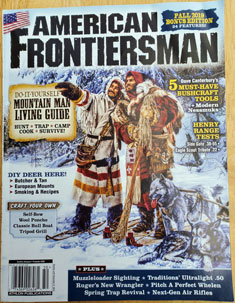 In the article Mr. Shechtman said, "I suppose the highest compliment I can pay bladesmith Mike Mann of Idaho Knife Works is that I have chosen to carry Mike's knives in places where a guy may just have to look to his knife for his survival. Over the 20 years I've known Mike, his knives have been on my belt from the wilderness of Alaska to the Yukon Territory and Northern Canada. Mike forges 5160 spring steel for his Bowie and Hudson Bay knives, 1080 high-carbon steel for his Nessmuk knife, and high-carbon saw steel for his canoe knives.

Mike's woods-ready version of the Nessmuk knife is accurately patterned after the Walt Kneubuhler knife, right down to the mountain-man tack sheath. The 4.75-inch blade is a workhorse, and the Osage-orangewood handle is perfectly suited to hard use over extended periods. Mike's Nessmuk knife, like all of his knives, is crafted for the serious outdoorsman who travels far from the road and must truly depend on his gear." (idahoknifeworks.com)

(Below) Mike Mann of Idaho Knife Works offers a Nessmuk knife that is as woods worthy as it is historically authentic. 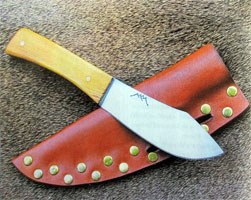 "as useful and functional today as it was during the fur trade." 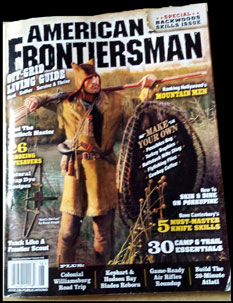 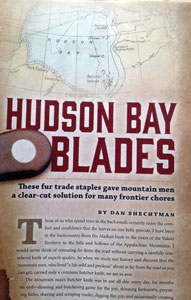 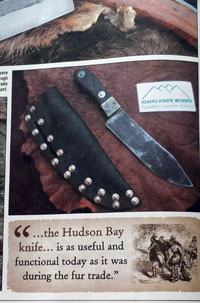 “5 From the Grinder” with Michael L. Mann (Idaho Knife Works)

I first became aware of Michael and Debbie Mann when reading about the knives in the movie Revenant. Together they are the founders of Idaho Knife Works, which ...

Interview by H. Clay Aalders at The Truth About Knives.

Did you catch this
in Knife World Magazine???

If you are as passionate about knives as we are here at IKW then you probably caught this coverage of Idaho Knife Works in Knife World but in case you didn't your in luck check it out right now by clicking HERE. Knife World has had a recent change in format to Knife Magazine. Check 'em out, don't miss another article. 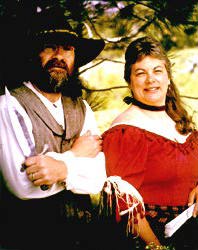